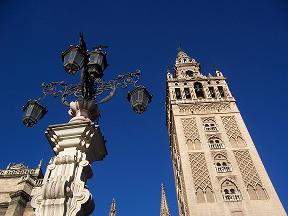 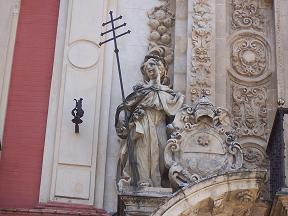 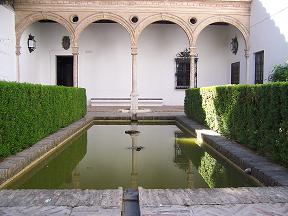 Seville is the artistic, cultural and financial centre of southern Spain, and the captial of Andalusia. It is about 3 hours drive from Sao Rafael. You must tell your car hire company that you intend to visit Spain. This does not normally attract any additional charges.

It is possible to go for the day, but there is a lot to see in the magnificient city of Seville, so it is best to make an overnight stay.

Seville dates back to the earliest Roman times, and has been variously otherwise ruled by the Vandals, the Visigoths and the Moors, the city falling to them in 712. It was finally wrested from Muslim control in 1248 by Fernando III. The Moors wanted to demolish the magnificient tower before their departure, but Fernando threatened that they would all be stabbed to death if as much as a brick was touched. The tower features ramps to the top rather than stairs, so that the Muezzib could ride to the top to call the faithful to prayers.

The cathedral, built on the site of the old mosque, was built between 1401-1519 abuting to the Moorish tower, and it is amongst the largest of Gothic cathedrals. The Alcazar is the old Moorish Palace, and was construced over a period of 500 years, featuring the architecture of Moors, Andalusians and Christians. As magnificient as the palace itself are the wonderfully cool gardens, with endless lakes, fountains and pools, as well as peacocks and a maze.

There are many things to see, and just walking the narrow twisting cobbled streets provides a building of interest at virtually every turn.

Be sure to sample the fabulous Tapas, available at virtually all restuarants and bars.

The only down side to Seville is parking, I recommend taking a coach rather than driving yourself, that is certainly what we intend to do next time. Please ask at the office (number 77) as they can arrange this for you. 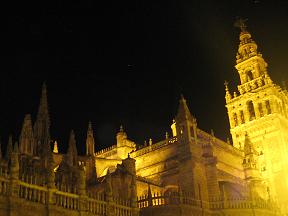 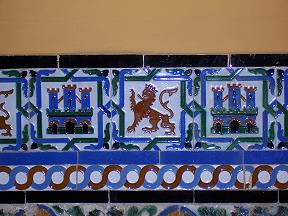 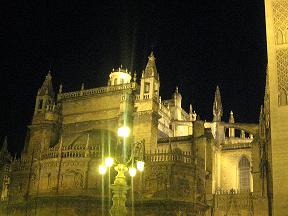