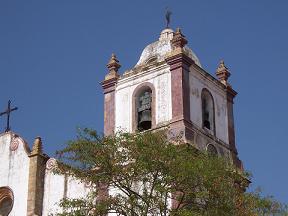 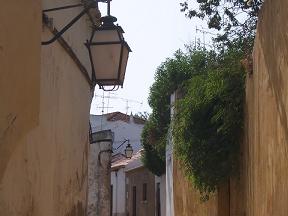 Silves was once the capital of the Algarve. There is evidence of human activity going back to 1000 BC. It was already an important place in Roman times and it became very important during its occupation by the Moors in the 11th century. They built fabulous palaces and gardens and it became a cultural centre for learning for the entire Iberian Peninsular. It was during the rule of the Moors that the castle was built. By 1189, at the time of the attack by the Knights of Santiago and the Anglo-Norman crusaders, Silves had a population of some 15,000. 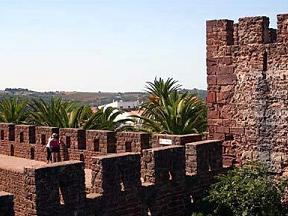 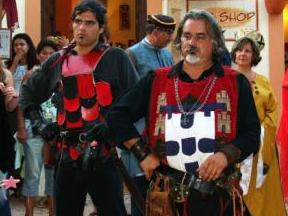 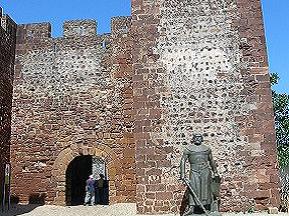 After 1189 Silves was under the rule of the Portugeuse kings. The fine cathedral was built in the 13th century. By the 15th century its importance was dwindling as the River Arade silted up, blocking access to the sea. The Roman bridge, which can be seen today, was reconstructed from the original ruins at about this time.

In 1755 a terrible earthquake destroyed most of the buildings, though happily the castle and the 13th century cathedral survived.

From São Rafael head towards Guia and at the roundabout on the N125 go straight on. At Algoz follow the signs for Silves. The final approach to Silves features a spectacular view across the valley to the red stone castle and white cathedral dominating the hillside. Enter the town, crossing the bridge and turn left. Follow the road until you get to a roundabout, there is a big car park alongside the River Arade. It is not worth trying to drive up into the town as parking is sparse there and the roads narrow. From the car park take any of the streets leading up the hill to the castle and cathedral. At the base of the steepest part of the hill, which you are almost certain to come to, is a square with gardens and a fountain. At the back of the square is a beautiful cafe. The service is slow, but the interior of the cafe is well worth seeing. After visiting the cafe, head further up the hill. This is the steepest part of the climb. You will come to the cathedral first, and then higher up is the castle. If you like museums there is a good one at the bottom of the hill, in the road that runs above the cafe, but further to the east. 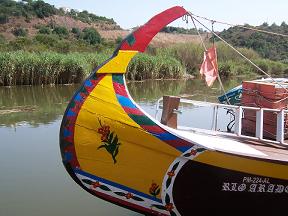 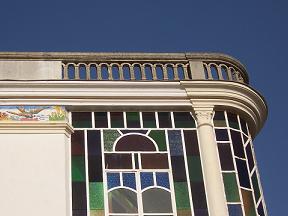 If you get a chance be sure to go to the medieval festival, normally held in August. It is FAR better than you might expect. You can hire costumes, and change your money for medieval coins. There are lots of things to see, and eat, but avoid the TRIPE, I had it by mistake and it was quite the worst thing I have ever eaten! The roast pork was fantastic though! There are street performers of all sorts, torches, straw bales to sit on, and lots of traditional crafts. Not to be missed. I am going back next year!